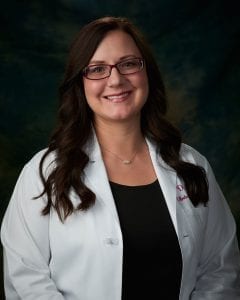 Dr. Hemsell is Board Certified by the American Board of Obstetrics and Gynecology. She is an active member of the American College of Obstetrics and Gynecology, the Louisiana State Medical Society and the Lafayette Parish Medical Society. She also graduated from the inaugural class of the Louisiana State Medical Society Physician Leadership Academy in 2016. Dr. Hemsell is in practice at Acadiana Women’s Health Group and provides services at Lafayette Surgicare, Women’s and Children’s Hospital and Lafayette General Medical Center.

Dr. Hemsell currently serves on the Woman’s Foundation, Inc. Board of Directors. She is also an active volunteer with the Junior League of Lafayette. She enjoys cooking, reading, traveling and spending time with her family. She is married to Jimmy Hemsell, a Lafayette native, and they have two young children.